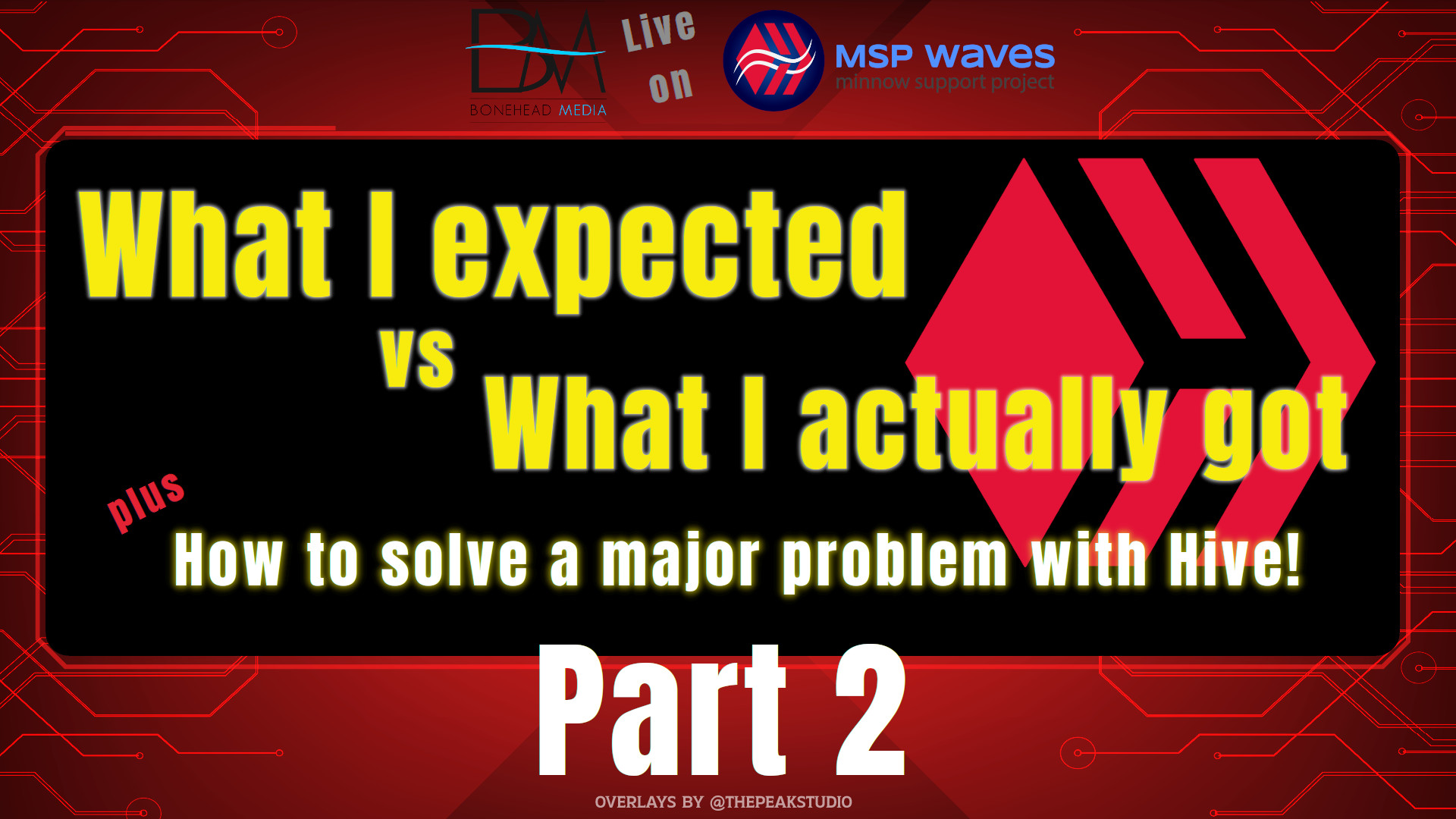 BM-08-08 My Expectations vs Reality of Hive Part 2

What I Expected vs What I Actually Got from Hive! Plus a solution to a problem the whales dont see.

As I stated in part one. Initiatives are awesome and work really well! But they don't actually mean anything if you don't retain those users!!!!

Retention is just as important, and I would argue more important, than on boarding new users!

I've only been here since April. I shied away from posting and interacting on hive because I didn't understand it. I still don't. But when I learned a little bit more I realized this is best place with the most potential to make people like me, normal people happy!

For the devs of Hive.blog and PeakD

Take this with a grain of salt since I'm really a nobody. And outside of being just a new user I'm not an expert on anything really.

The user experience sucks ass. PeakD is better than hive.blog solely based on presentation. If you wish hive.blog to be accepted as it currently stands, change the name to reflect that it is a community interface and not a "blog". hive.social would be closer to a fit for it.

Both of them should add some filters or categories. Have it filter posts from the community by type. ie video, audio, written, etc. Do something to allow people, especially new people to easily understand what they will see.

Its really that simple! Make it as dumbed down as facebook and twitter and people will love it!

Something for a freelance web developer to consider is to come up with some kind of a "front end" that will only show one persons transactions. That way it could be used on that individuals own hosting with their own domain. Basiclly a personalized front end. I could see something like a framework similar to Wordpress that could jave interchangeable color themes or templates.

I'm talking something new that isnt using that bloated giant Wordpress. But a simplt static html site that could pull in just one persons transactions on hive and display it as a blog.

For the rest of us

Onboarding intitives are awesome. But how about some retentiona and engagement intitives right on Hive? There is currently more activity on Twitter about Hive than there is on Hive itslef! WTF is that?!?!?

I'm doing a semi daily vlog called "From the Driver's Seat" I will attempt to do an AMA about trucking on Wednesday afternoon/evenings if I have a signal.

I just joined Actifit.io today. I have a el cheapo fitbit knock off on the way from Amazon. Should be on my wrist by Tuesday. I will start a fitness challenge and I want you to join me!

If your interested in learning more about me go to my Cointree to find all of my links and to donate crypto if you wish to support me.