Enjoying My Vacation and Still Getting Things Done

Enjoying My Vacation and Still Getting Things Done!

But yet I feel like I havent. There has definitly been a slight uptick. I've been trying to split my time between here on hive and running the 3speakvidshare twitter account. Im case you havent noticed on the twitters I've been posting more stuff there than just sharing 3speak videos. I've gotten a lot of behind the scenes stuff done for the show that was desperatly needed.

I tore everything down and rearranged the set up 3 different times and still wasnt happy with the set up. Finally on the 4th set up I think I nailed it. I've gotten it set up so that for the show Frankenputer is handling OBS Studio and Discord only. The music and sound fx is played by an old Asus and brought in along with my microphone into Frankeputer through a ZoomR16 audio interface.

Since John still isnt able to do a camera yet I will hold off on mine for the show. But I have figured out how to use my phone connected by usb to Frankenputer with scrcpy to mirror the phone display. In an app called OpenCamera you can set it to not show any onscreen information. So you just insert it into OBS as a window source. It can do whatever resolution your phone can handle. I narrowed it down to a simple command of scrcpy -m 420 to start it from a terminal and boom! Got a webcam! There is still a small sync issue with the audio and video that I need to kill. But I think I've already reached the limit of my usb bus on Frankenputer so thats probably never going to get better until I get an actual webcam.

I also created a "Stream Starting Soon" screen since we will be streaming to multiple platforms. Oops, thats supposed to be in the "announcements" section below. Sorry for the spoiler! 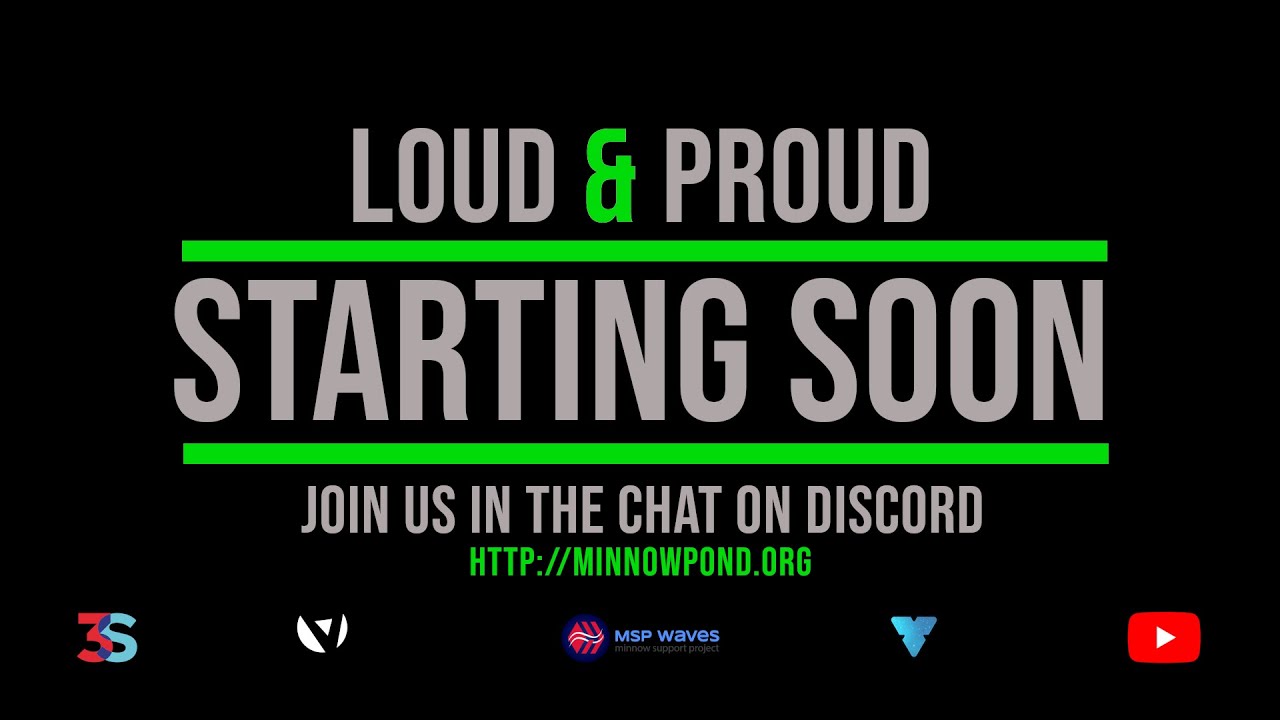 (There is a video that plays behind the words.)

The Dell, my second best isnt even being used. I wanted to keep this machine out of the loop so I can take it with me to work. Since it's much more durable and reliable than my old Chromebook. I'm still considering putting Yunohost on the Asus so I can have a home server. But I am anticipating a Raspberry Pi4 in my future that I had planned on using for a home server.

Actually I might just set up the Asus as a server tonight and use Funkwhale as a player for the music and sound fx. Then use the Raspberry Pi4 as a desktop.

All that and I've still spent time with the wife and kid, played with the dogs, changed the brakes on the car and replaced a ceiling light.

I cant wait to go back to work so I can get some rest, lol!

Also got a couple of announcements to make.

Beginning this weekend the show will not only be live on the usual 3 places (Theta, Vimm and MSPWaves) but it will be live on 3Speak and Youtube as well. With Twitter and probably Facebook at later dates.

We will be giving away a custom made naughty NFT created by @thisnewgirl very soon. So keep watching for that.

I recently switched from using from using a combination of OpenShot and Shotcut for my video editing to Olive Video Editor. Now I know that they are already on version .2 and its a complete rewrite and works completly different. I'm using the old version (.1) and OMG it just works!!!! I had looked at it a while ago while on Ubuntu and it was buggy and crashy as hell. But the one in the AUR works beautifully.

If you are interested in starting your own podcast with a built in audience then contact admin@mspwaves.com